Manuscript Or.8210/S.388 from the Stein collection at the British Library is finally digitized and available at the IDP website. This is a manuscript that has been written/copied sometime between the late 6th and first half of 7th centuries, and records several dictionaries, one of which is titled Zhengming yaolu 正名要錄 (Essential Record of Rectified Names). The others do not have titles but Nishihara Kazuyuki, a Japanese scholar who has worked and published on this manuscript for the past three decades, identified it as the long lost Qunshu xinding ziyang 群書新定字樣 of Du Yanye 杜延業. This work is mentioned in the foreword of the 7th-century dictionary Ganlu zishu 干祿字書 as one of its early incarnations. If Nishihara is right, we have an actual copy of this work, and it can now be compared with the Ganlu zishu to see how the dictionary evolved.

Manuscript S.388 is very important for the study of Chinese lexicography and the history of the script in general. Beside Nishihara, who spent the better part of his professional life working on this manuscript, Chinese scholars have also taken interest in it, especially in connection with the study of popular character forms. Photographic images have been published quite early, yet this is the first time that the general public has access to high quality color images. So now you can actually see whether it is a 王 or 玉 in the popular form of the character 國, or tell apart the manuscript from its backing added by conservators. All these were impossible on the old photographs. Plus, you can look at the stitched image which is an attempt to reconstruct the entire scroll as a single image. So you have a sense of what is where, which is otherwise quite difficult with a long scroll like this.

Part of the issue why this manuscript has not been digitized so far is that it is not in a very good shape and it needed to be conserved before handling. Conservation is always the bottle neck for any manuscript project, as it takes a long time and costs a fortune. It is also a problem for those who want to look at the manuscript in person because the Library would not allow the handling of fragile items. But fortunately these issues seem to have been resolved and the manuscript is online, freely accessible for all. 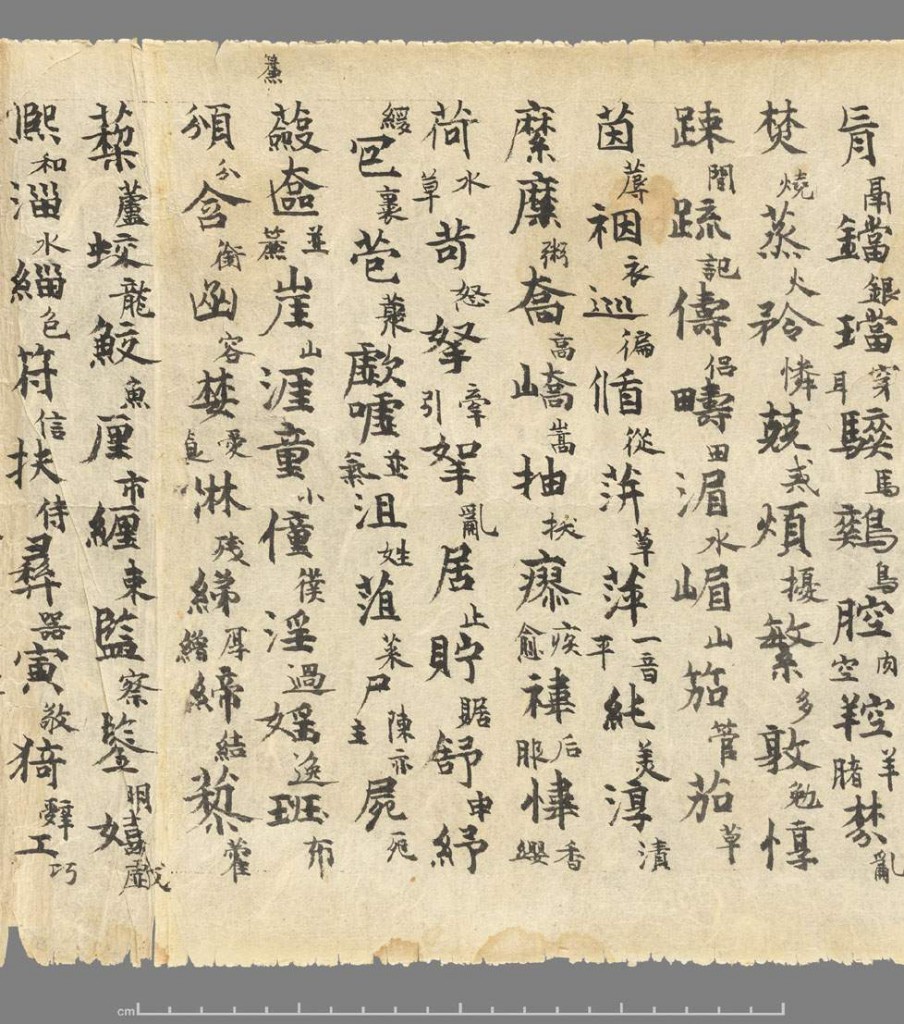