Posted on 04/19/2011 by imre
Last summer we were at Lake Balaton in western Hungary and decided to take a day trip to the Balatonarács cemetery to visit the grave of the famous Hungarian explorer and geologist Lajos Lóczy (1849-1920). In the West, he is mostly remembered as the person who first told the young Aurel Stein about the Caves of the Thousand Buddhas near Dunhuang, where Stein later purchased the largest collection of Chinese manuscripts ever found. It is through Stein’s acknowledgment in his publications that Lóczy’s name became known in Dunhuang studies. (His name is pronounced loh-tsee, unlike how it is transliterated in some Chinese or Japanese references.)
Lóczy himself visited China, including Dunhuang, in 1878 as the geologist in the Hungarian expedition of Count Béla Széchenyi (1837-1918). At the time, the manuscript library was still unknown and the members of the expedition only described the wonderful murals and statues in the cave temples. An account of this visit was published in 1881 by Gustav Kreitner (1847-1893), the expedition’s Austrian member, under the title Im Fernen Osten: Reisen des Grafen Bela Szechenyi in Indien, Japan, China, Tibet und Birma in den Jahren 1877-1880. Lóczy’s also published a book and later a detailed scientific report in three volumes, all in Hungarian. To this day, these works are largely inaccessible to the international community. A translation of his description of the visit to Dunhuang was published by Lilla Russell-Smith in “Hungarian Explorers in Dunhuang” (Journal of the Royal Asiatic Society, 2000, vol. 10, no. 3: 341-362).

Years ago I have read a biography of Lóczy, which mentioned that Aurel Stein sent flowers to his grave from Kashmir. These were supposed to be some alpine flowers the type of edelweiss. Now that I had a chance to visit the grave in person, I was curious to see whether I could find any flowers. The village of Balatonarács has since been incorporated into the town of Balatonfüred and finding the cemetery was not a straightforward task. Once inside, however, we immediately noticed the grave, erected not far from the entrance, a bit to the left. But it took us a while to notice the flowers, even though they were pressed under a circular sheet of glass right beneath Lóczy’s relief portrait. An inscription in Hungarian read, “Last greetings from Aurel Stein in Kashmir.” Since Lóczy died in 1920, I assume that these flowers date to that year, too. They are withered but nevertheless remarkably well preserved.

Thus this cemetery in a little village near Lake Balaton preserves a tiny piece of history related to the great days of the exploration of Central Asia. 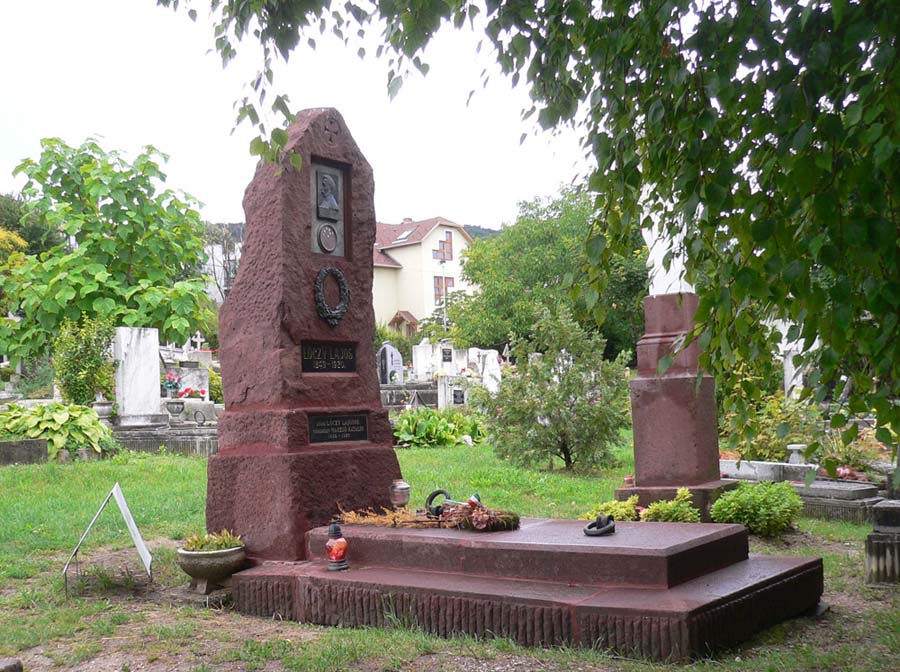 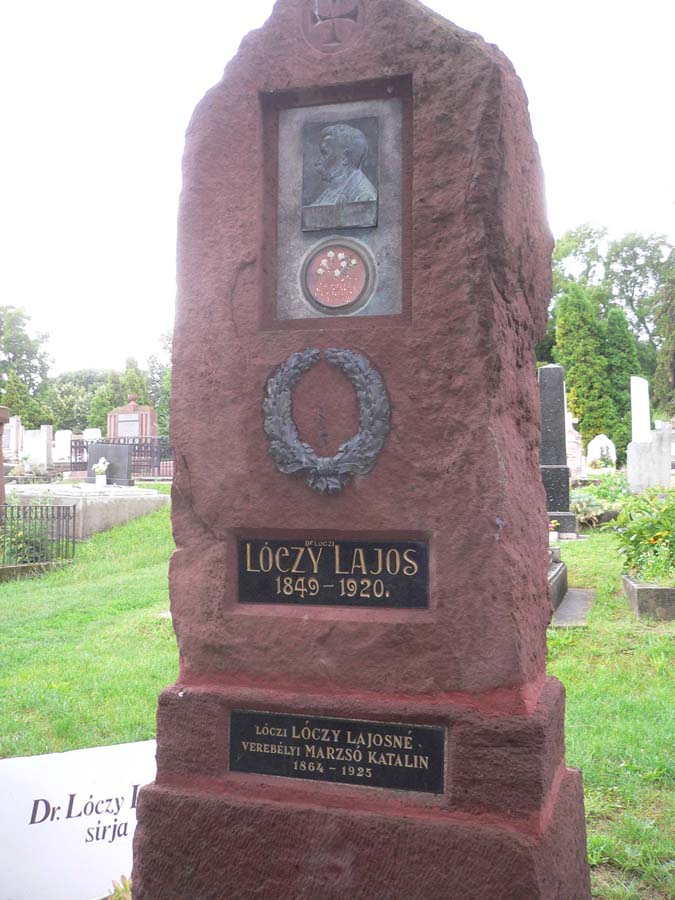 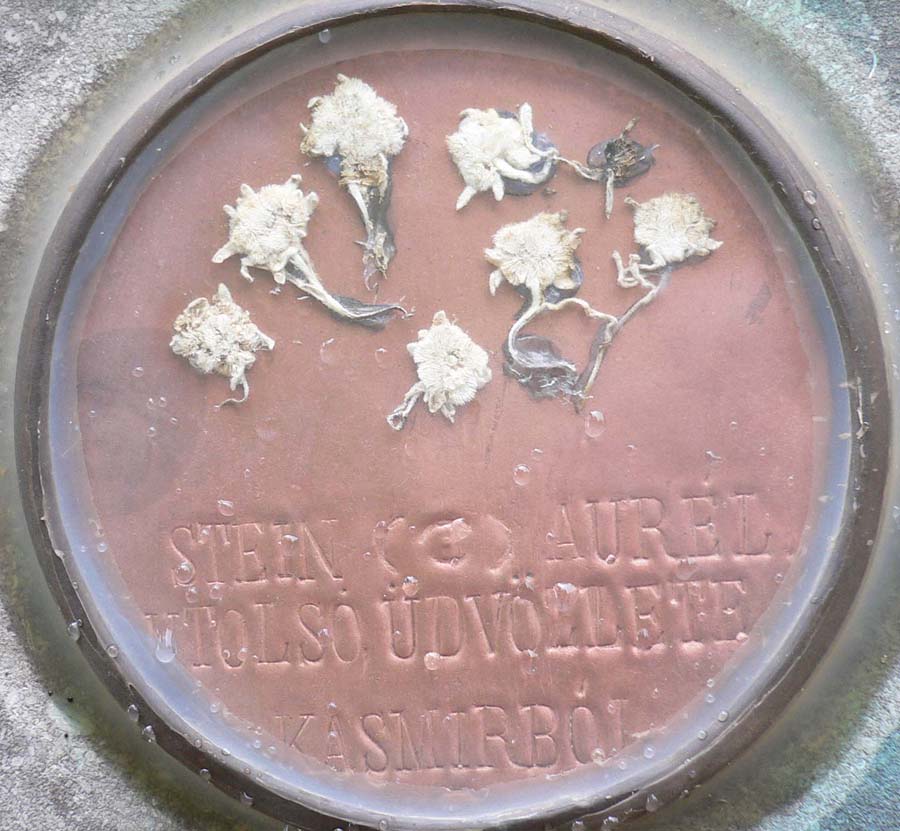 The flowers sent from Kashmir by Aurel Stein