Manuscripts of translations made from printed texts

Recently a 16-volume publication came out with “rare and precious” (guji zhenben 古籍珍本) travel manuscripts in the collection of the National Library of China (NLC). Having flipped through the volumes, I was surprised to find a text titled Xiongyali youji 匈牙利游記 (Record of travelling in Hungary). This looked very interesting because it seemed to be an unknown manuscript of a Chinese person who had travelled to Hungary sometime during the late 19th or early 20th centuries. It was written in classical Chinese and talked about travelling to different parts of the country, visiting Gypsy communities and Slovak villages, etc. It was all very exciting and I only became suspicious when I read at the end of the text that the person had to go to the British Embassy after the local chief of police at the Russian border confiscated his camera. But I reasoned that this Chinaman might have been a British resident or that he had friends there.

A few months later by sheer accident I found the original of this story, published by the English photographer A. W. Cutler in the popular Wide World Magazine under the title “A Picture Hunter in Hungary” (1914, XXXII-XXXIII). So I realized that the Chinese version was a translation from English. Of course, the manuscript at the NLC said nothing about all this but now I had clear evidence that the story was authored by an English photographer in 1914. As I looked more carefully through the 16 volumes of travelogues, I also found some other translations, although in some cases they were clearly marked as being translated from another language. As it turned out, most of these modern travel accounts have been published around 1914 in the popular Shanghainese journal Xiaoshuo yuebao 小說月報. Whether the manuscripts at the NLC collection were a copy made for the journal or the journal simply used them remains unclear.

But what I would like to draw attention to here is the fact that we have a group of manuscripts published as “rare and precious” (guji zhenben 古籍珍本) and in reality they are translations of stories taken from a pulp magazine in another country. This is precisely what the Wide World Magazine was, an adventure magazine with a questionable degree of credibility. And yet when the stories were adopted by intellectuals in Shanghai and translated into elegant classical Chinese, they suddenly become much more valuable.

We should not forget either that there is a “manuscript” aspect to all of this. Many of the texts in the 16 volumes are handwritten translations of printed stories from cheap popular periodicals. Yes, they are manuscripts but neither autograph diaries nor copies in a long line of transmission. Instead, they are much more ordinary things and by calling them “rare and precious” yet publishing them without a single line of explanation creates the impression that they are something they are not. I think that this transition from print to manuscript, from English to Chinese, from adventure stories to elegant prose is a fascinating aspect of textual transmission. It reminds us that the process of transmission is much more complex than just making copies from earlier copies. Texts can re-incarnate in different form, language and context and in the course of this their value and function may change completely. In fact, they are no longer the same text, as in their new environment they are reborn with a new identity. 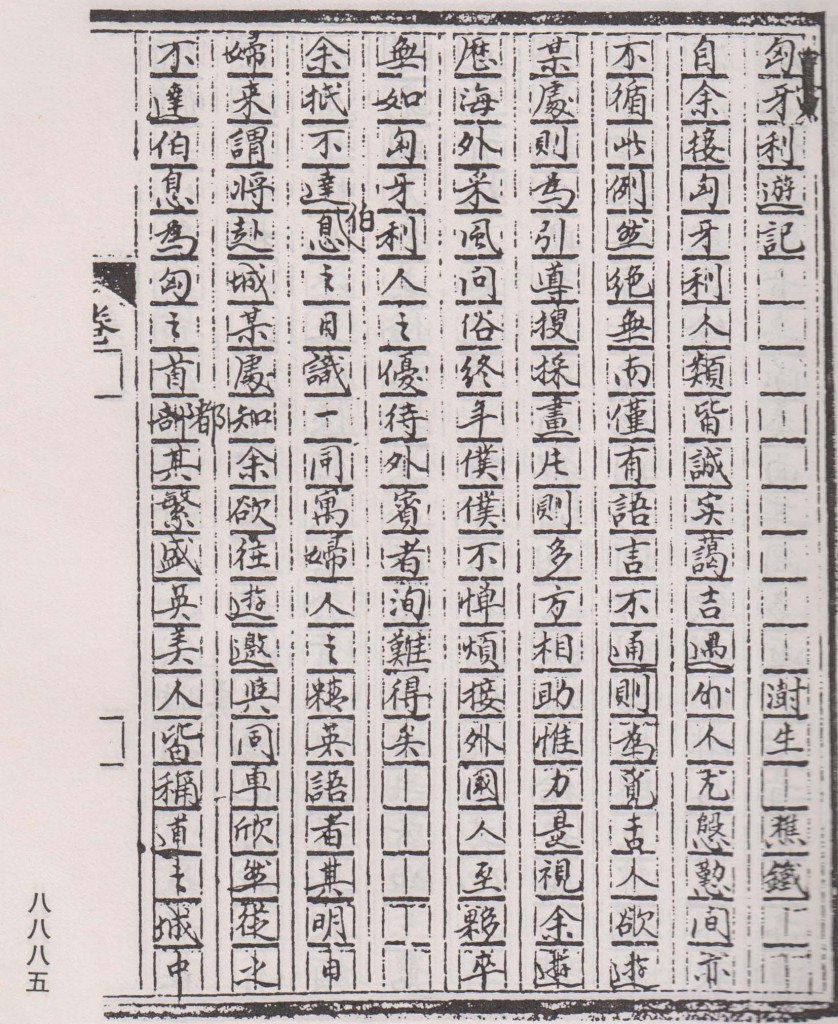 2 Responses to Manuscripts of translations made from printed texts