Chinese books, starting at the end 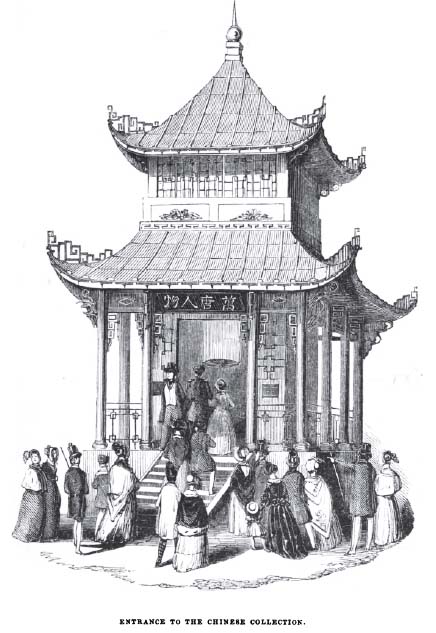 William B. Langdon’s catalogue of Nathan Dunn’s Chinese collection (A Descriptive Catalogue of the Chinese Collection, Now Exhibiting at St. George’s Place, Hyde Park Corner, London 1843) has been one of the best-sellers of its time, selling about a 100,000 copies. The exhibition supposed to have featured “Ten Thousand Things” , thus the catalogue is an interesting list of Chinese artefacts that had reached Europe in the first half of the 19th century. In the section on books (p. 96) the first entry reads, “Specimens of Chinese books, with the titles on the ends, shewing the mode of binding, with the envelope.” I suppose “titles on the ends” simply means that there was relatively little awareness of the fact that Chinese books began from the other end and thus to European readers the title labels seemed to have been glued to the back cover.

A few years earlier, William Frend has commented upon the unusual way of reading a Chinese text in one of his lectures at the London Mechanics’ Institution: “There are some peculiarities attached to the Chinese method of reading, which appear rather singular to the English eye. In the first place, the beginning of their books is at what we should consider the end, and consequently they would appear to us to read backwards.  In the next place, instead of reading as we do, from the left of the page to the right, the Chinese read from the top of the page to the bottom.” (The London Mechanics’ Register, 1826, p. 340)

Obviously, the direction of the text would have been obvious for anyone who have been able to read Chinese even on an elementary level. But there must have been few Westerners capable of this at this time, especially outside of China.

This entry was posted in 19th century, books, History of scholarship and tagged Chinese books. Bookmark the permalink.