An unrecognized photo of Aurel Stein

Last week we went down for a few days to the south of Hungary and while there I wanted to see at a village called Gádoros, near Orosháza, the “museum” of Zsigmond Justh (1863-1894), a talented Hungarian writer who died too young to fulfill his early promise. He was a close friend of Lionel Dunsterforce (1865-1946), the later major-general, after whom R. Kipling modelled the character Stalky in his book Stalky and Co. (Dunsterville later used this name in the title of his own memoirs: Stalky’s Reminiscences, London: 1928.) Justh visited Dunsterville in 1892 in Mian Mir where the Englishman was stationed at the time. It is here that he met the young Aurel Stein who was working at the Oriental College in Lahore. Following their acquaintance, Stein wrote a number of very warm letters to Justh and in the following summer even visited him at his estate in Szenttornya, not far from Gádoros where his museum is today. Although Justh died the following year (1894), Stein and Dunsterville corresponded for decades (at the Hungarian National Library there are letters from Dunsterville to Stein from 1941).

In the two small rooms of the museum (or rather, exhibition) there are lots of photographs and letters. Among the material related to his trip to India, there is a group photo where the bearded Justh sits on a chair, holding a tea cup on his knee. The caption reads, “With his friends in India — next to him is Lionel Dunsterville.” But on the left side, we can see the standing figure of the young Aurel Stein. This is a rare photo from this early period of Stein’s life, long before he became a celebrated explorer. The photo must date to December 1892, when Justh was visiting. 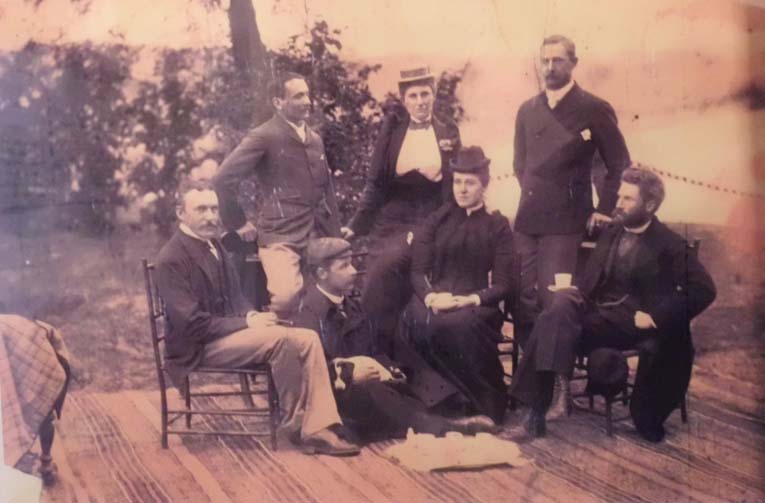 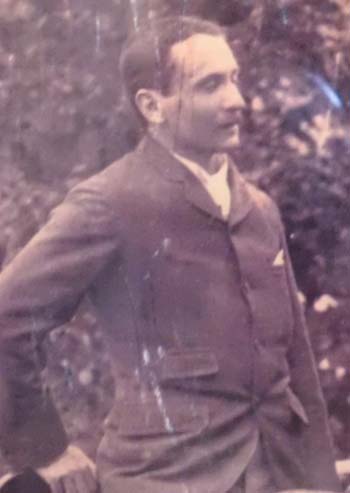 A close-up of the young Aurel Stein